I’ve just spent the last 10 minutes, updating Hugo, trying to figure out what the heck is wrong with my Visual Studio Code and why I couldn’t see this new blog post in the local render.

Turns out it’s not the 11th of July. That’s in the future, that’s tomorrow.

I am still alive, promise. I’ve just been extraordinarily busy. Like stupidly so.

I’m in the process of working through my notice in my old role, trying to sort out handover and whatnot, whilst also trying to learn some of the new tech I’ll be working with in the new job Found this today, it’s pretty cool - some online, in browser K8s labs. I also bagged myself a t-shirt from JFrog for some docker bits and pieces through Artifactory, so this week in particular has been a very good week for new technology. I like t-shirts, especially when they are free.

We got some tropical fish (that’s a story in itself), we got a puppy (everyone should have a dog, they’re amazing things). Things have been crazy busy at home because of this and the kids still need attention too and want to play Fortnite with me and what have you. Phew. I need more time. Still, I’ve started to get up at 5-6am now because of the dog so I guess I kinda have an extra couple of hours in the day now. So that’s good.

You might have noticed that the 3D printer has been offline recently.

You might have also noticed, if you were anywhere near my website last weekend that I was having a bit of a play with the fish tank and the raspi camera to see if there was any easy way to make a fishy webcam. There isn’t really a solution for a fish tank based camera as such. I think I saw one that was built into a rock, and there was some suggestion of just using a go pro for it, but there’s no real option if you want to set up a fish tank. Glare is an issue, obviously if you have the camera outside of the glass. Water is the other fairly large problem if you have it on the inside of the glass. And poop, obviously. Those fish definitely like to poop.

Speaking of the puppy, here is an obligatory photo: 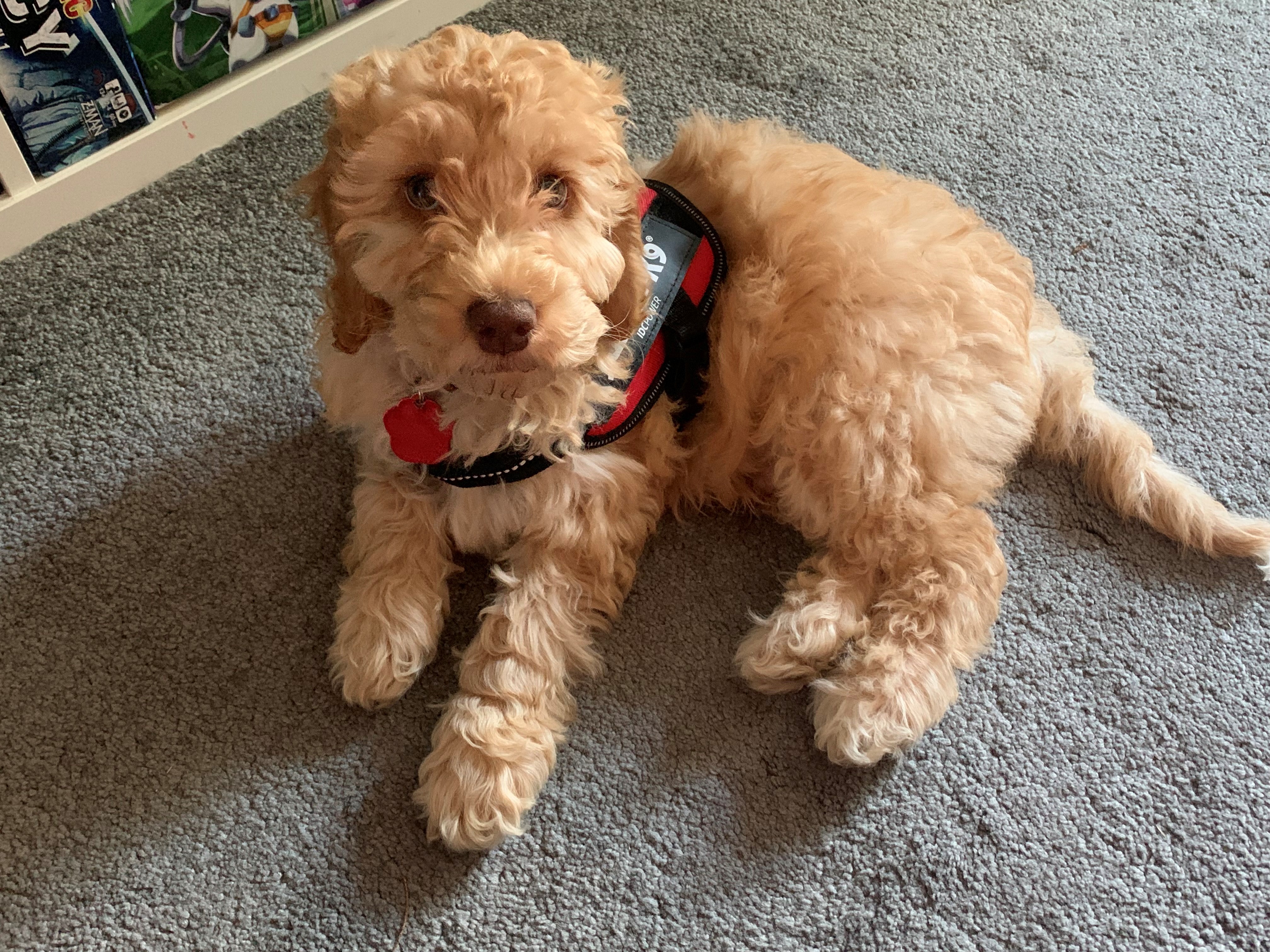 This little guy is amazing. Love him to bits, aside from when he’s overtired and he bites down really hard when we’re playing. That’s not so great.

He’s sleeping through nearly all night now, going to try him a little longer tomorrow and if that’s successful then it looks like we’ll be in a position where he can go from 10:30pm to 6am without needing to get up for the toilet. That’s pretty much a full night (he did 5am today, and I had to wake him up). Definitely a faster process with a puppy than a baby :D

I can’t believe that we’re a third of the way through another month already. The passage of time is still going really quickly and I never feel like I have enough of it. Hopefully once things start to calm back down a little bit.

3D printer is back on today. You’ll see from the recently played board games that we had another crack at Scooby Doo, Betrayal at Mystery Mansion - a kid friendly cut down version of Betrayal at House on the Hill. It has maybe 12 different types of tokens and they’re all in a big bag, all messed up and its a pain to sort out. Someone has kindly designed and shared a token organiser that fits in the box on Thingiverse and someone else has made some pretty nifty character card holder and stat counter/sliders for them that are much better than the stock sliders that just totally wreck the cards, so that’s the printer tied up for this weekend.

I need to print out some Zombicide Season 2 organisers too. But there’s not much around for the minatures as yet, which is a bit of a pain.

I got a folded space organiser for Nemesis the other week, that’s fantastic, I love folded space, so lightweight and fun to build and they’re held together with PVA glue.

So many games on the pile of shame, now that things are opening up again and there’s a local club, I might even manage to get out for a game or two at some point in the next few weeks. We’ll see. Need to get used to being around people again. That’s always fun.

I’ll leave it at that for now, make sure that the thing builds on the new version of Hugo and that everything is still working as expected. Who knows, I might end up posting again tomorrow or next week. We’ll see if we can get some consistency back in place.